Dead Space Android APK is an action Third Person Shooter from EA Games. I have decided to dig out some old games which may have been forgotten in today’s online gaming days. Good offline games that offers quality gameplay and content for its players.Let’s hope for the good change.

I just wanted to take a moment out of my holiday festivities to show you guys a fantastic android game that came out for android in 2011 and it’s called dead space APK by EA Games. some of you might be familiar with the console and PC versions of this game but with dead space on android is doing to give a little prequel insight into what happened in the storyline that you know made the event of the storyline happen.

First thing we saw in the gameplay is about wearing the headphones.Game has so many scary noises that’s why developers wanted you to play this game using headphones.the graphics are very very top notch almost shadowgun quality but still for android game highly impressive and in that they’re really trying to startle you with the Necromorphs and just the suspense that comes with the kind of horror survival game.

the opening cinematic is really really detailed in space there’s some really strong audio coming in and basically is a as much much higher quality than something that would typically expect on android platform sure the graphics aren’t you know ps3 quality but as far as an android game the only game i played so far the collaboration graphics shadowgun game. effects are some really terrifying background music kinda like screeching violins red lights are blinking and if you’re wearing headphones could definitely have a terrifying experience.

Gameplay is quite simple with left hand swipe to move and right hand to look.Since its a third person shooter game you will notice so many action sequences with aliens and this will make you swipe at the right time to keep yourself from dying.Dead Space APK is one of the milestone for Android games that no one will forget easily. 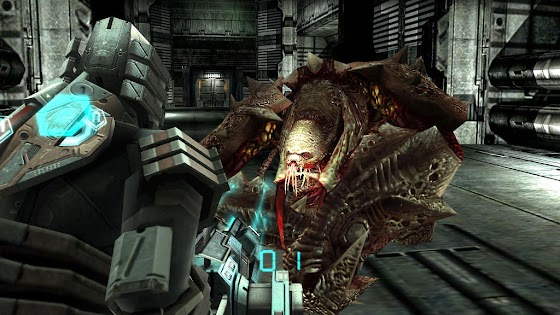 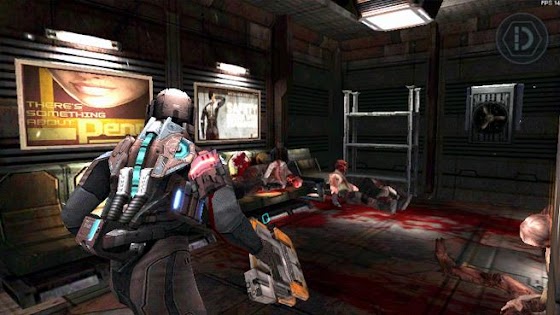