The government has made a big mistake when they desired to raise the combat capability of the army. A contract was established for strengthening their soldiers by newly discovered creature from Nova. Rescue Strike Back

However this contract were quickly failed when Things got out of hand at restricted area 47, an impossible event was happened when this creature had seized control of the strengthened army.
Before the dead failure of the government, an other contract was established between the government and the expendables, but ever since, the contract was become the struggle to survive. Now, the world don’t against chemical warfare or nuclear warfare, against alien warfare.

*THE BATTLE IS NOT FOR THE WEAK
– Over 100 missions, with assassination missions by sniper, battleground on fire side by side support team, destroying enemy military hardware, rescuing squads, protecting equipment, facing most giant dangerous bosses on the combat zone. Maybe you are the frontline commando or the professional sniper to complete impossible missions.
– Excellent 3D graphics, modern art style, with unexpected elements, many restricted areas, extensive laboratory with the heavily fortified enemies.
*VARIOUS MISSION SYSTEM
-Mission protect object: Stop enemy from destroying object in a limited time.
-Mission destroy objects of enemy: It requires user to destroy important equipment of the enemy.
-Mission sniper: Assassinate an enemy’s V.I.P.
-Mission Boss: Each chapter contains a different boss, they all have specific AI and different way to kill.
-Mission kill all enemies, attacking frontier post of the enemy …
*VARIOUS ENEMY SYSTEM
-Enemy Assault: Basic enemy, use assault guns.
-Enemy Machine: heavy-armed enemy, skill Grenade and more HP.
-Enemy sniper: armed with sniper rifles, enemy attack from far away and high above, add in skill RPG.
-Enemy Healer: enemy uses short gun for melee attack, add in skill healing HP for themselves and partners.
-Enemy Drone: flying robot enemy , freely attack users from above, add in super fast machine guns.
-Enemy Canon: Automatic machine gun robots.
-Enemy crab: bomb suicide enemy, run into target and explode.
*TEAM PLAY FEATURE
While accomplishing missions, users will rescue and co-opt partners to the team. Each squad has specific position and skill, and they are effective sidekicks for users on each round.
-Squad Hank: a commando use assault, experts in grenade (skill throwing grenade).
-Squad Jimmy: a commando use machine, experts in aiding (skill healing HP for the whole team)
-Squad Lena: a commando use sniper, experts in RPG (skill powerful fire, able to attack on ground and air)
*COMMAND AN ARSENAL OF DEADLY WEAPON WITH MODERN AND PROGRESSIVE FIREPOWERS
-Take to the frontline with Sniper rifles, assault rifles, machine guns and secret weapons
-Support items like grenades, RPG, mekit
-specially, if you are an experts in assassination, equip a gun Ghost Sniper that caused fear in every battlefield
-if you would like to break out the dead of frontline, the machine gun is a perfect choice.
*VARIOUS EVENTS:
-Various and attractive mission/event system
-Upgrade the military weapon arsenal by collecting items
*PLAYER VS PLAYER (PvP) CHALLENGES
-Occupying resources from other players by destroying their defensive line in PvP mode.
-Building a strong detachment to defend booties in PvP mode.
*EASY TO START BUT NOT EASY TO END
Artificial intelligence system (AI) are really various to make most unique and hard-to-kill enemies
-Each Boss with unique AI design to make you surprise when face-to- face with it
-Get bonus when joining special events.
-Connect to gamer community to explore more items, challenges and prizes!
Get involved in this difficult campaign to redeem mistakes while you still can do it. Honed your combat skills and destroy as many enemies as possible. Enjoy the battle! 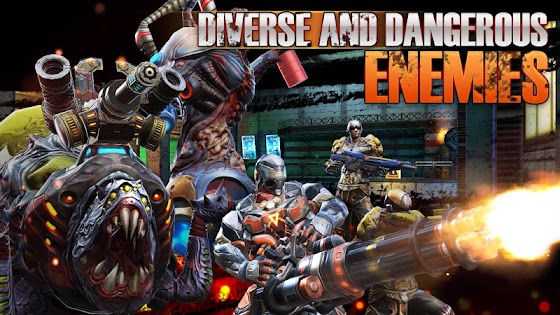 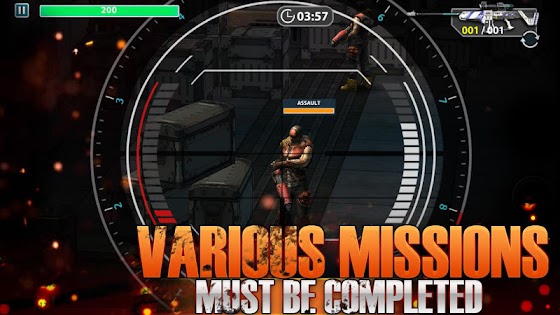 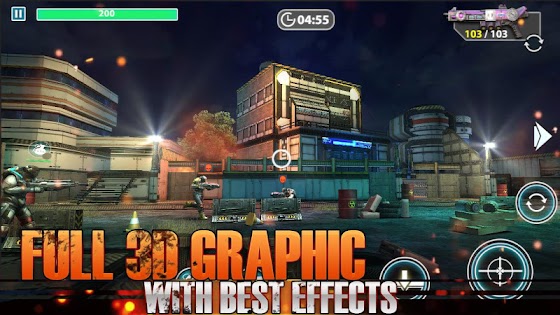